The home of our favourite Avengers couple does seem suspiciously perfect, doesn’t it? At surface level, the suburban TV dreamscape that is Westview seems unlike anything we’ve seen in the Marvel universe, and more like a place wholly designed to please Wanda Maximoff.

So far, we’ve been pretty convinced that the entire town is a construct of Wanda’s, and she does seem pretty much in control, but what if there was someone else pulling the strings? And what if that someone had something to do with the first MCU TV show, Agents of SHIELD?

That’s right, Agents of SHIELD, the recently-finished, long-running ABC show which occasionally crossed over with Marvel movies like Winter Soldier and Thor: The Dark World. In that series, Coulson is brought back from the dead after he was killed by Loki in the first Avengers film thanks to a SHIELD project codenamed TAHITI. The project could bring someone back to life and then have fake memories implanted in them, in order to cover the gruesome experiments done on the subject to revive them.

For Agent Coulson, those fake memories took the form of a pleasant vacation to Tahiti — the doctors who operated on him were replaced by a bartender and a masseuse, and the operating room was swapped out for a tropical vacation.

How does that relate to Wanda? Well, so far, the Westview suburb seems meticulously engineered to make Wanda Maximoff feel relaxed and at peace. In this town, you only get only the good parts of a sitcom. There’s no “special episode” with a message, no drama or sadness — only whimsical problems that can easily be solved within 22 minutes.

Though Wanda was not brought back to life, Westview still feels like the perfect place to create memories that can replace the trauma of losing Vision in Infinity War and Pietro in Age of Ultron.

But despite all the charm of ’50s and ’60s American TV, there are still hints of something sinister hiding beneath the surface. For one, everyone in town seems to be somewhat aware that their world isn’t quite right, from Agnes to Mrs Hart. Then there’s Geraldine AKA Monica Rambeau, who has memories of the outside world, seen when she reminds Wanda that her brother was killed by Ultron.

And on top of all that, we have the commercials that play in each episode, which all have some connection to a painful memory for Wanda. In the first episode, we see an advert for a Stark Industries toaster, the same company that destroyed Wanda’s home town and her parents’ death. The second episode reminded us of a certain Baron von Strucker, the man responsible for giving Wanda and Pietro their powers. That advert ends by hinting that “he’ll make time for you,” implying a possible return by the supposedly-dead Strucker, or at least someone working for him, wanting to finish Hydra’s work. 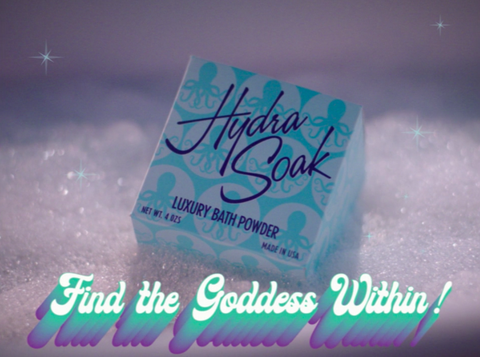 If that wasn’t enough, the third advert learns harder into this idea by promoting a product called Hydra Soak, with the promise that you can “escape to a world of your own where your problems fade away…” Given that this is a bathroom product and it comes in a blue package, this instantly brings to mind Agents of SHIELD for longtime Marvel fans.

What do we mean by that? Well, avid watchers were quick to make a connection with this and a short gag in the show’s fourth season where Agent Coulson finds himself in a virtual reality where Hydra secretly dominates the world. According to Coulson, Hydra is controlling everyone with a type of blue soap everyone uses, because they are loading it up with chemicals to “implant false memories into our brains.” Coulson theorises that “They want us to believe this is a magical place.”

Now, doesn’t that sound a bit familiar? So far, it’s seemed like Wanda was the one who created this magical world to bring back Vision, but what if someone else made this town, perhaps in a bid to have Wanda work through the trauma of Vision’s death, while they possibly harvest her powers somehow?

Coulson may have been spouting crazy conspiracy theories when he talked about the blue soap. Still, the multiple Hydra references in WandaVision could be hinting at the reappearance of the evil organisation that gave Wanda her powers. Even if it isn’t Hydra, but SWORD that is in control of Westview, it still seems like someone deliberately wants to keep Wanda distracted from thinking too hard about her past.

The moment she hears mention of Ultron and how he killed her twin, Pietro, Wanda reacts quite violently and throws Monica out of town. But now that the wound is already open, and if Westview is meant to help you get over your trauma, shouldn’t the next step be bringing back the other Sokovian superhero? It doesn’t even have to be the right Pietro…

This WandaVision theory explains who those advert people are

Doctor Who should have an MCU style universe

Which MCU Movie would Zach Snyder join to do?